If you and your partner want to conceive after a vasectomy there are two options.

Vasectomy reversal is a single operation, results in sperm in the ejaculate in the majority of men and therefore allows a chance of pregnancy with every ovulation.

In contrast IVF involves hormone manipulation and medical procedures on your partner as well as at least one surgical sperm retrieval for you. Importantly sperm extraction for IVF carries the risk of damaging the outflow tract of sperm from the testis. This can reduce the chance of a future vasectomy reversal being successful.

So your best chance of a pregnancy over time is to start with a vasectomy reversal and only if that is unsuccessful proceed to IVF. This is both potentially cheaper and overall less invasive.

There are of course exceptions including if your partner has damaged tubes or another fertility issue where moving straight to IVF may be more sensible.

When success is measured in terms of sperm in the ejaculate the most consistent predictor of success is time between vasectomy and vasectomy reversal. When this has been less than 3 years you can expect 95% chance of a successful reversal, if it has been over 15 years this drops to 70% (ref. ASRM Technical Bulletin, Vasectomy Reversal).

Presuming the vasectomy reversal opens the "pipe" and sperm are able to pass, then the remaining factor to conceive is nothing to do with you but is the age of your female partner.
The older a woman the lower her chance of conceiving per month. Importantly this does not mean if your partner is older you should do IVF. In fact over time the chance of pregnancy after a vasectomy reversal may be higher than with IVF.

If you are having a reversal with a plan to achieve pregnancy your partner should see her GP. This consultation will include blood tests for routine preconception screens, advice on preconception vitamins and you may both consider recessive genetic screening. If there are any ‘flags’ in her medical history she may require more specialised review.

For you – most men develop antisperm antibodies in their blood after a vasectomy. Their presence or absence is not strongly correlated with pregnancy rates after vasectomy reversal. For this reason antisperm antibody testing is not recommended (ASRM 2008).

Both men and women should stop smoking prior to attempting pregnancy. There is a clear detrimental effect of smoking on fertility. Surgical risk is also reduced if you do not smoke.

I tend to operate in the afternoon. Many patients still go home that evening. Almost all who stay overnight will be discharged the following morning.

It is important to minimise physical activity for a week after surgery and not return to strenuous activity for four weeks.

Sexual intercourse should be avoided for four weeks after the surgery.

These instructions are most important to minimise the risk of complications (especially a bleed into the wound or wound haematoma) and to minimise stress on the rejoined vas deferens – this will optimise healing and optimise the chance that it will remain open after surgery).

Wound problems are uncommon. Gentle washing of the wound is permitted the day after surgery but apart from that try and leave the wounds alone.

Most men return to work 7 – 10 days after surgery but if you have a physically strenuous job you will need more time off or to be allocated light duties.

Swelling of the scrotum is normal after the surgery. Adhering to the postoperative instructions of minimal physical activity for the week after surgery and supportive underwear will help.

Postoperative haematoma. Very rarely (<1%) there is an internal bleed within the wound and a collection of blood forms (haematoma). Usually this is managed with rest and pain relief. Occasionally it requires a return to the operating room to remove the clot and stop the source of bleeding. Again this small risk can be minimised by following the postoperative instructions.

Postoperative pain. You should expect discomfort. You will be given analgesics to take home. Rarely discomfort can last for weeks.

Infection is very rare. You will be given preventative antibiotics at the time of your surgery. Should you have marked swelling, redness, pain or be concerned after your surgery please contact my rooms.

With any surgery there a possibility of developing a DVT (deep venous thrombosis or blood clot) which, if dislodged can travel to the lungs (pulmonary embolus).

Please contact my rooms if you have any concerns postoperatively.

At the time of your surgical booking you will be given a form for a semen analysis to have 3 months after surgery. Once this is arranged please call my rooms to organise a time for me to phone you with that result.

→Find out more details about the cost of Vasectomy Reversal 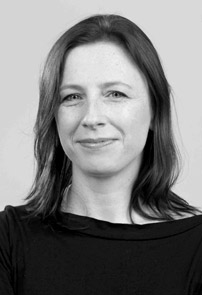 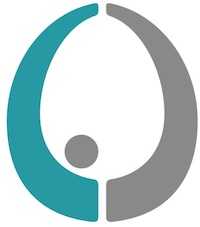 A day only procedure to restore male fertility

Demystifying the process of IVF